The Silence of Stone

From the critically acclaimed author of Born Under a Million Shadows and Aphrodite’s War, this haunting thriller charts the frozen rivers of the mountains as they deliver up the mysteries of the past.

Fierce snowstorms have battered Upper Austria, paralysing the region in the grip of an early and unforgiving winter.
Nine-year-old Traudi wakes up to find she’s alone in the house. Cut off from the nearby hamlet of Hallstatt, she senses something is wrong. Then, when daylight fades and she catches sight of blood stains on the snow, she realises she may not be as alone as she had previously thought.
As Traudi prays for her family’s return, the local mountain rescue team receive an emergency call. Leo Hirsch, the group’s leader, is battling a loss of his own and finds the mission a welcome distraction, little knowing that this rescue will turn out to be like nothing he has encountered before.

Now available at most online retailers and at selected bookstores

About the Author:  Andrea Busfield

Born in England, Andrea Busfield worked for UK national newspapers for 15 years before leaving for Afghanistan where she worked as a civilian editor for a NATO hearts-and-minds publication. Whilst in Kabul, she wrote her first novel, Born Under a Million Shadows (2009 Transworld) which became wildly successful selling into 18 territories. Her second novel, Aphrodite’s War, was published a year later, also by Transworld, and sold to five territories. For three years, she lived 20kms away from Hallstatt, the isolated town in which her latest novel, The Silence of Stone is set. The inspiration for this book was drawn from its setting and history but also by the sheer dedication and commitment of the local mountain rescue team and their efforts that went far beyond a sense of civic duty. She currently lives in Cyprus.

Other Titles by this author: 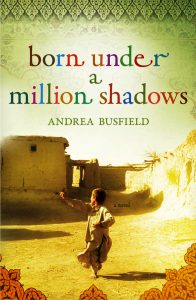 Born under a million shadows

The Taliban have disappeared from Kabul's streets, but the long shadows of their brutal regime remain. In his short life eleven-year-old Fawad has known more grief than most: his father and brother have been killed, his sister has been abducted, and Fawad and his mother, Mariya, must rely on the charity of family to eke out a hand-to-mouth existence.

Then Mariya finds a position as housekeeper for a charismatic western woman, Georgie, and Fawad dares to hope for an end to their struggle. He soon discovers that his beloved Georgie is caught up in a dangerous love affair with the powerful Afghan warlord Haji Khan, a legendary name on the streets of Kabul. At first resentful of Haji Khan's presence, Fawad learns that love can move a man to act in surprising ways, and an overwhelming act of generosity persuades him of the warlord's good intentions.
But even a man as influential as Haji Khan can't protect Fawad from the next tragedy to blight his young life, a tragedy so devastating that it threatens to destroy the one thing Fawad thought he could never lose: his love for his country. 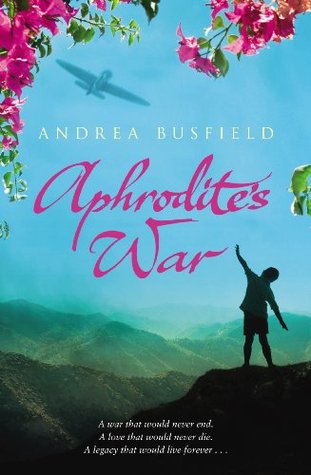 Cyprus, 1955 - a guerrilla war is raging and four Greek brothers are growing up to the familiar sounds of exploding bombs and sniper fire.

Determined to avenge the death of his elder brother and to win the heart of his beloved Praxi, young Loukis joins a cell of schoolboy terrorists operating in the mountains. But when his cohorts blow themselves up in a freak accident, he returns home in shock, yearning for the warm embrace of his family - and of his sweetheart.

But his adored Praxi is now married to someone else, and playing at her feet is a young toddler...